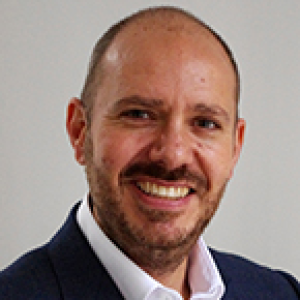 “There are decades where nothing happens; and there are weeks where decades happen”, said Lenin. And that is how it has felt at times in urban transport of late.

While no one wanted this crisis, and the loss of life, families torn asunder that came with it, and indeed the curtailment of cherished freedoms, the crisis has also forced us to reassess how we get around, and hopefully for the better – although there are grave risks it might end up for the worse.

The crisis has seen a rare alignment of cross-party political lines – whereby the UK government under Boris Johnson and with transport adviser Andrew Gilligan, previously Cycling Commissioner for London, and London Mayor Sadiq Khan and his Walking & Cycling Commissioner, Will Norman, are if not in total alignment, then certainly all supporting walking and cycling as vital coming out of this crisis. And that’s in one sense hardly surprising.

Simply put, this is a respiratory virus that it looks likely is exacerbated by high levels of air pollution. 1 Simultaneously, it’s a crisis requiring social distancing in London for the foreseeable future. Bus and tube capacity has had to be held to about 15% of previous levels despite a full service now running. So most people in London will not get around on buses and tubes as they did before until this crisis recedes.

Yes, many people’s working patterns have changed perhaps permanently – more people will avoid the peak hours of travel, many will work from home for the foreseeable future, but many now must return to work – and how will they get there? Not by bus or tube, but also for many, not by walking – London commutes are too long for many to walk or jog. So, the choice on longer commutes will be between the car and cycling.

If only a few percent of those previously on the tube or bus turn to cars, London is in real trouble – in terms of congestion, air quality, inactivity, road danger and more. So, cycling and walking have become critically important in our recovery.

On top of that, this crisis only foreshadows a much worse one to come – as climate change really kicks in in earnest. We already knew how serious that crisis is. But too many councils and indeed governments were failing to take action. Now, we have a visceral experience of both the cost of ignoring crises, but also what rapid change can be achieved when deemed necessary. (For more on transport and climate, see London Cycling Campaign’s Climate Safe Streets report.)

What the government says

The government guidance has been amazingly bold and clear on this matter. In a letter from the Department for Transport (DfT), London councils were instructed to bid for schemes to help residents get around in and after this crisis. The “Emergency Active Travel Funding Indicative Allocations” letter said any scheme “that does not meaningfully alter the status quo on the road will not be funded.”

In the letter and through the government’s bail-out of TfL, as it has been forced to run a public transport network with hardly any fares revenue, the DfT has provided circa £80m of funding to TfL and London Councils in two tranches across this summer.

What the Mayor says

In response and alongside the government’s plans, the Mayor Sadiq Khan and his Deputy Heidi Alexander and Walking & Cycling Commissioner Will Norman have also announced their “Streetspace” plan, alongside plans boroughs have.

These were called by Norman “unparalleled in a city London’s size”, 2 in a clear aim at Paris, where Mayor Anne Hidalgo has announced plans for 650km of cycle tracks, closures to traffic of major roads and more and has already delivered 50km of tracks.

In return, London’s plan sees TfL working with the City for the “square mile” to go low traffic; Waterloo and London bridges are set to go bus/cycle/walk only, but potentially with access to zero emissions taxis; and numerous pavement widening and cycle tracks plans are now in motion for TfL-controlled roads.

The Congestion Charge is also set, as part of the plans, to go into the evening, seven days a week and to rise to £15 daily. However, that and plans to shelve free bus travel for pensioners and teenagers in the peak hours, appear to be part of the government’s bail-out conditions.

However, the London Cycling Campaign is currently assessing these plans as moving too slowly 3 to #StopTheTrafficTide from returning.

What the boroughs are doing

TfL, at time of writing after Tranche 5 of 6, appear to have allocated £25.22m across 275 schemes and 26 boroughs. 4 On top of this, some boroughs took action before funding was available, while of course, others have done little to nothing yet.

Sustrans is tracking schemes as they appear on their Space to move map. But it’s clear that as ever in London, borough approach and progress is varying wildly – and even inside boroughs, the scramble to get schemes up and running is shaking things up.

The most coherent and boldest borough thus far is clearly Lambeth – which has implemented two low traffic neighbourhood schemes at time of writing and is rapidly advancing plans across the transport modes to cope with the crisis and deliver positive outcomes to residents in general.

Also on the move rapidly are Camden, Tower Hamlets, Croydon, Lewisham, Richmond, Hackney, Waltham Forest and others. Westminster has started closing streets in Covent Garden, and is talking about Soho, in order to enable restaurants and bars to reopen in a socially distanced manner. However, it has also put in painted cycle lanes putting those riding in the “door zone” with no physical protection.

Other boroughs are still to get off the starting blocks, but most are talking clearly about the need to reallocate road space away from private motor vehicles, at last. We wait to see how words translate into reality, but the need for rapid and bold action has never been clearer for countries, cities and councils.

Mapping London Low Traffic Neighbourhood schemes and where we’re at

This website uses cookies to improve your experience while you navigate through the website. Out of these cookies, the cookies that are categorized as necessary are stored on your browser as they are essential for the working of basic functionalities of the website. We also use third-party cookies that help us analyze and understand how you use this website. These cookies will be stored in your browser only with your consent. You also have the option to opt-out of these cookies. But opting out of some of these cookies may have an effect on your browsing experience.
Necessary Always Enabled
Necessary cookies are absolutely essential for the website to function properly. This category only includes cookies that ensures basic functionalities and security features of the website. These cookies do not store any personal information.
Non-necessary
Any cookies that may not be particularly necessary for the website to function and is used specifically to collect user personal data via analytics, ads, other embedded contents are termed as non-necessary cookies. It is mandatory to procure user consent prior to running these cookies on your website.
SAVE & ACCEPT